Articles in this section

This article describes how to configure OneLogin to provision users to Egnyte.

In this task, you will:

Using Rules to Provision Users to Egnyte Roles and Groups 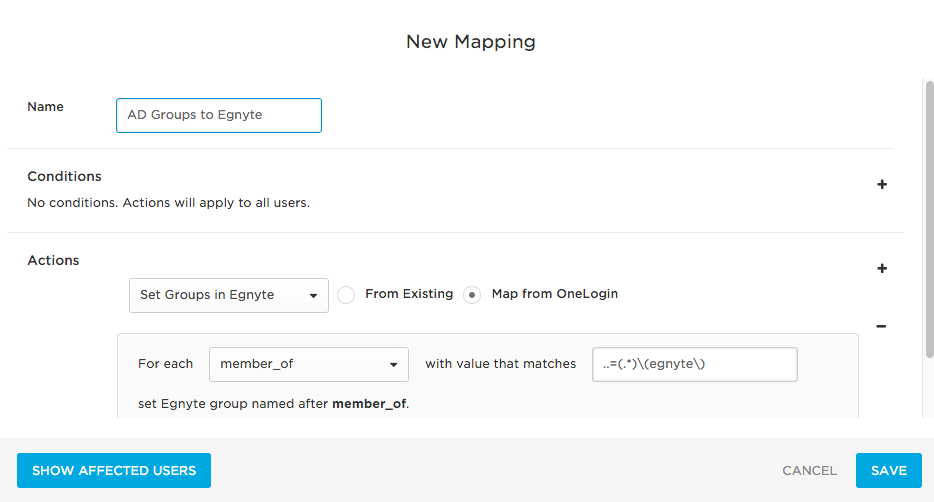 For use cases like this one in which you are provisioning users to new Egnyte groups, no conditions need to be set. All settings are configured in the Actions area. 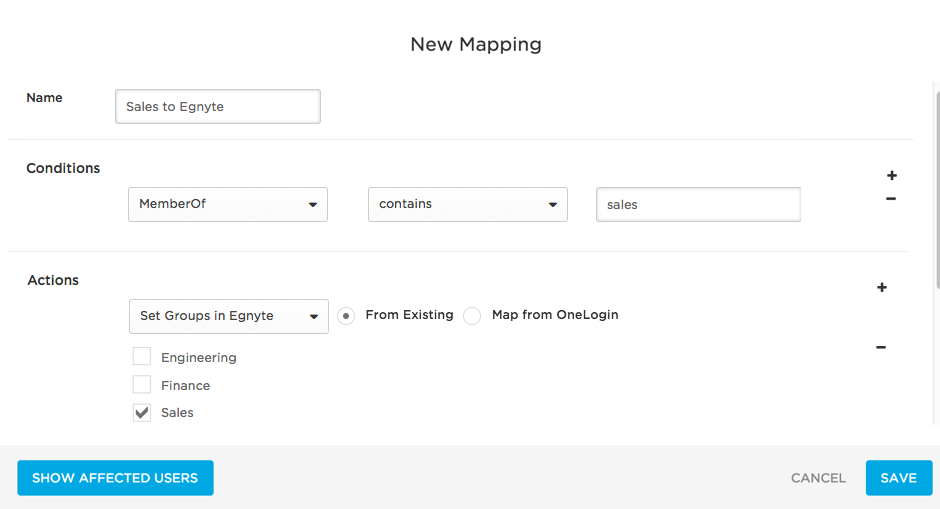 Provision Users with Specific Titles to an Existing Egnyte Role 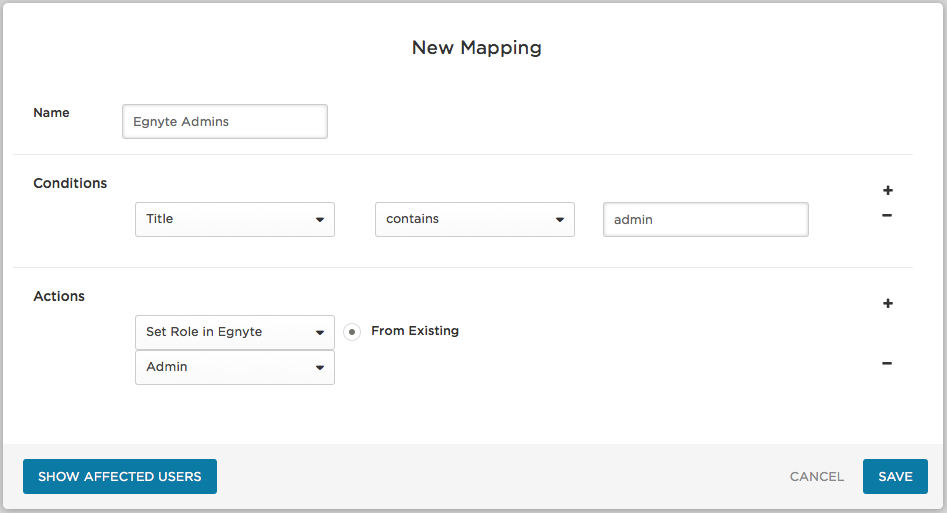 A common scenario for this use case is one in which you have set up the Role parameter to provision all users to the Standard User role as described in Mapping Egnyte Attributes to OneLogin Attributes.

Take the time to design your rules to produce provisioning results that are useful to your users. Be wary of writing rules that result in confusing or arbitrary provisioning. For example, take this rule that uses the regex \AJ.* 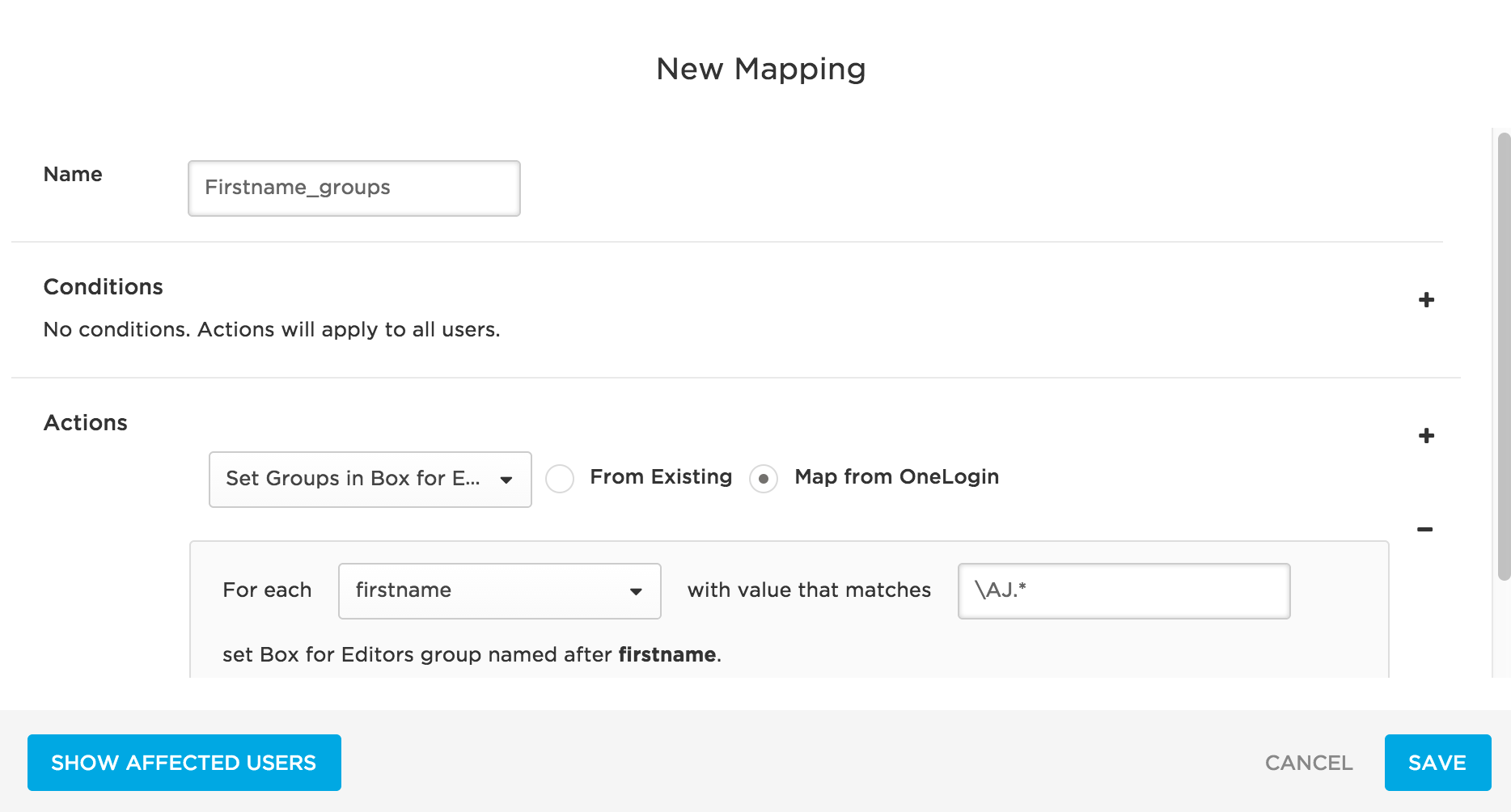 For most organizations, this rule would result in less-than-useful group creation and user provisioning.